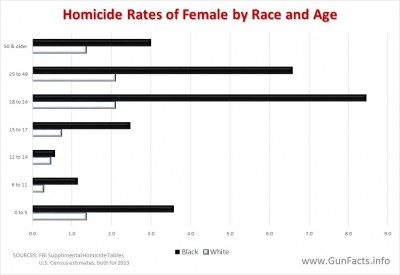 Driving a political wedge between wives and their husbands is a pretty lame notion. But leave it to a Michael Bloomberg apparatchik and an activist media outlet to give it a try. In one other their growingly desperate newsletters, The Trace (a agitprop pump delivering unfiltered intellectual effluvium from Bloomberg’s lips) flaunted a story about how women were in immediate peril from husbands and boyfriends and guns. Using scary sounding numbers, devoid of perspective and comparison, the article attempted to make women believe a man she knew with a gun was her mortal enemy. That would be your hubby. Starting with the leading premise The Trace used as their data source a set of spreadsheets architected by the Associated Press, an organization who drags journalism down the wrong side of the bell curve. Long known for providing an anti-gun skew, the AP doubled down by segregating data from the FBI’s … END_OF_DOCUMENT_TOKEN_TO_BE_REPLACED