Gun Facts® has one mission: To remove propaganda from gun control discussions. 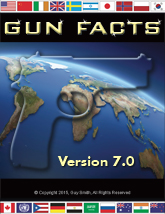 Late last century, Gun Facts author and editor Guy Smith ran across a gun control sound bite in a local San Francisco newspaper editorial. He knew the information was wrong having seen the actual data the day before. Yet that scrap of evidence was lost in the perpetual paper blizzard atop Guy’s desk. So Guy started keeping a crib sheet.

(Incidentally, it was the myth that there are 30,000 instances of gun violence deaths in the United States each year, a talking point still misused to this day).

After lobbing dozens of data points into his Word file, he started sharing the document with other policy wonks. The demand for more was immediate, and Guy slowly formalized the file into a shareable PDF document. That was the nascent first edition of Gun Facts.

According to web site analytics and other tools, we know that Gun Facts: 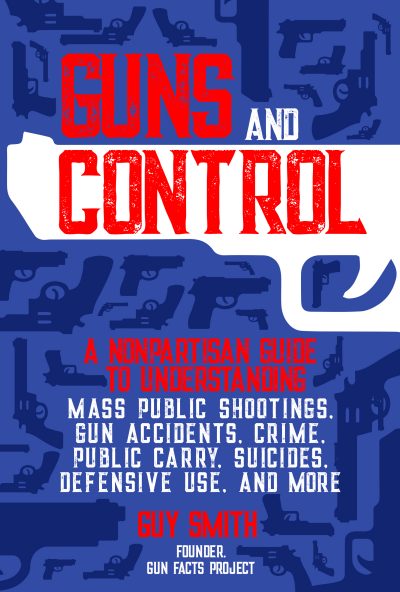 In 2013, the data in Gun Facts was (finally) put into this web site itself so Google, Bing and maybe even Sogou might index the data. Over time fans of the Gun Facts project came to prefer the web content (readily available on their smartphones) and the book was discontinued in the summer of 2019.

As Gun Facts grew, a number of other researchers volunteered their time to help with the process. Today, Gun Facts volunteers help with research, fact checking, citations, proofreading and publicity.

In all these years, Gun Facts has declined to take money from policy groups. No NRA, SAF, GOA cash at all (well, one tiny, local NRA members chapter once sent $100 unsolicited). Indeed, in 2018 we turned down two different offers (one from a national organization, and another from a state organization tightly affiliated with a national) that would have tripled our income.

Instead, Gun Facts takes donations from readers, holds (almost) annual fundraising events, and accepts on-page sponsorships. Retaining objectivity and quality is the cornerstone of the Gun Facts project. If the information isn’t sound and independent, it is not included.

With over two decades of debunking gun control and gun violence misinformation, Guy Smith, the founder of the Gun Facts project, wrote Guns and Control. Guy earlier penned Shooting The Bull, The gun control debates provided Guy with all the raw materials required to author the first modern book on the topic of real-time propaganda analysis (until the academic who wrote a forward to Shooting The Bull penned The Ten Commandments of Propaganda).

“The great enemy of the truth is very often not the lie: deliberate, continued, and dishonest; but the myth: persistent, persuasive, and unrealistic.” – John F. Kennedy