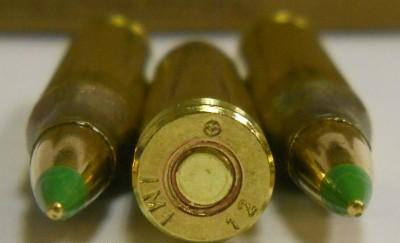 Leave it to a politician to hide behind cops (must have been out of children to use as shields). Today the administration employed regulations to ban a popular type of ammunition for a very popular type of rifle, namely “green tip” rounds for AR-15s. Their excuse claim was that it would save the lives of police officers. Having grown-up with cops and having married into a cop family, I found this as provocative as it was craven. In the last year tallied by the National law Enforcement Officers Memorial, 50 cops were shot dead in 2014. That’s 50 too many, but that is lower than the childhood accidental firearm death rate (69 in the last available year’s data). According to the Bureau of Alcohol, Tobacco, Firearms and Explosives (the same people tasked with banning AR-15 ammo), of all recovered crime guns, 19% were rifles, and some undefined subset of those … END_OF_DOCUMENT_TOKEN_TO_BE_REPLACED