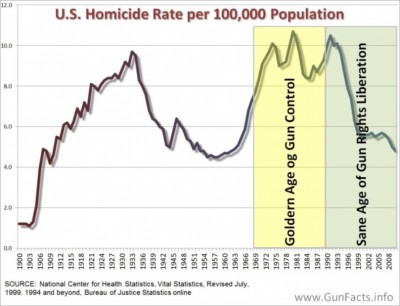 Michael Bloomberg, the avenging fallen angel for the gun control industry, is a progenitor of Everytown, the new gun control juggernaut. This organization has been the subject of scathing reviews given their habit of making statistical claims for which they do not cite their sources, or citing sources that are in effect gun control organizations. In short, they are con(wo)men. People interested in honesty concerning gun control (the Gun Facts mission) forward me Everytown emails. Of late, emails emanating from Everytown have devolved into the absurd. So, as a public service to those who like debunking political fraud (and have yet to read the book on modern propaganda analysis), here are some selected snippets from Everytown emails and a bit of backlash. A world where it’s fine to shoot first and ask questions later. A world where anyone can carry a gun anywhere — schools, churches, bars. A world where … END_OF_DOCUMENT_TOKEN_TO_BE_REPLACED

How you define a thing defines that thing. Recently the President of the United States, echoing without analysis a gun control group sound bite, talked about how there have been 74 school shootings since the Sandy Hook massacre. He did not elaborate on how he came by this number because, frankly, he doesn’t know what he is talking about (surprise). Like many criminological things, the definition of a “school shooting” is borderline nonsensical and defined by government criminologists. In the Bureau of Justice Statistics publication Indicators of School Crime and Safety: 2013, they note: School associated violent deaths include those that occurred while the victim was on the way to or returning from regular sessions at school or while the victim was attending or traveling to or from an official school sponsored event. Ponder this for a moment. A kid wearing the wrong colors while dashing from school to home through a gang-infested … END_OF_DOCUMENT_TOKEN_TO_BE_REPLACED