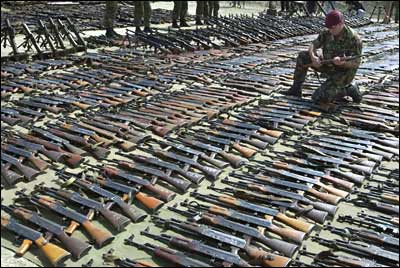 When Mikhail Kalashnikov, the inventor of the AK-47 assault rifle, passed away, some media reports estimated that about 100 million AKs around the world. They are full-fledged and full-auto war weapons. There are between 3-10 million AR-15s in the United States. These are civilian, semi-automatic sporting rifles, and not weapons of war. This perspective is important. In the worst of the worst places around the globe − Syria, Rwanda, Somalia − AK-47s are the norm and the corpses are plenty. Civilian AR-15s are nearly never used in homicides in the U.S. (yes, it has happened, but statistically it is so rare you cannot assign statistical accuracy to their use in crimes). Mexican drug cartels show how this all gets in the way of gun policy. Drug cartels like AK-47s … a lot. South America is awash in Soviet made AK-47s left over from when the former communist block was exporting their ideology one bullet at … END_OF_DOCUMENT_TOKEN_TO_BE_REPLACED