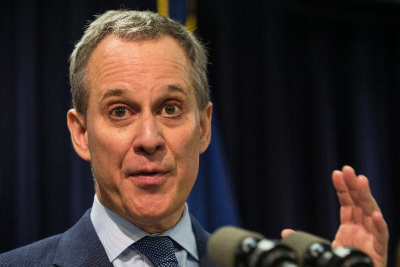 New York’s attorney general produced a report on crime guns and their alleged rates of trafficking. I cannot say the report is flawed. Instead I must ask “Sweet Jesus, what kind of medications was he swallowing wholesale?!?!?” Major Take-Aways: Half of the crime guns had insufficient data to complete their analysis, so they ignored it. Most crime guns, by an overwhelming margin, still come from New York itself. The report claims that a full half of crime guns come from inside New York. In-state sourced crime guns exist despite New York having so-called “universal background checks“. No attempt was made to study guns that enter the state via normal human relocation, instead assuming such movements were intentional trafficking. Used an arbitrary and statistically inept scoring system to create a “trafficking index”. Demonstrated that their key indicator for trafficked guns accounted for a minority of recovered crime guns. Brushed-over the fact that the lion’s share of crime guns are recovered … END_OF_DOCUMENT_TOKEN_TO_BE_REPLACED

Why “lax” gun control states don’t send guns to “strict” states Most crime guns come from the state where the crime was committed. For states with strict gun control laws, most come from other “strict law” states. You would not know this if you listened to the gun control industry. They routinely claim that states with “weak gun laws” are the source for guns used in crime. Nationally this theory is nonsense, and it doesn’t even hold up well for states with strict gun laws. Background The claim is simple and designed to generate voter fear in places where gun owner rights are not well represented. The insinuation is that states where gun control laws are not burdensome are the source for guns in states where such laws are onerous. There is no doubt that in a free country where people roam at will, guns follow with them. But they … END_OF_DOCUMENT_TOKEN_TO_BE_REPLACED