One reason constitutional rights are made inviolate is because judges have been known to violate them. If passed, a California law will be invalidated due to this principle.

Cali is considering giving judges to power to take away a person’s guns based on something less than evidence. Known as AB1014 and the Ex Parte Gun Violence Restraining Order bill, the law would empower a judge to revoke the Second Amendment if a person is claimed to be a danger to himself or others. This is one of several knee-jerking reactions to the recent Santa Barbara slashing/shooting/driving homicides homicides. The idea is that is a friend, family member, neighbor or perfect stranger claims you are armed and nuts, the government can take away your firearms. 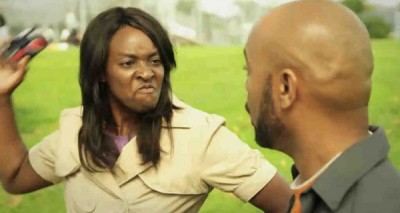 Lack of real evidence is the issue.

The law as currently written requires a judge to consider squishy evidence such as written or oral statements by “any witness the petitioner may produce.” The judge doesn’t have to demand testimony however – just the petition to have guns removed is enough. If your estranged husband wants to break into your house and beat you to death, all he has to do is petition the judge and claim you have been making, or have a history of psychotic or violent behavior. Disarmed, he then has his way with you.

Some forms of squishy evidence allowed by this inept legislation includes:

There is more … oh so much more. The bottom line is that this bill doesn’t address the problem (dangerous kooks who may want to kill people) in a way that assures it doesn’t abridge a right, or is abused by people with grudges, or that it won’t force them to find other ways (like the knives and automobiles used in Santa Barbara).

The good news is that even the anti-gun crowd is looking seriously at mental health as the key issue. Now they just need to get mentally healthy enough to write a good law.