When Mikhail Kalashnikov, the inventor of the AK-47 assault rifle, passed away, some media reports estimated that about 100 million AKs around the world. They are full-fledged and full-auto war weapons.

There are between 3-10 million AR-15s in the United States. These are civilian, semi-automatic sporting rifles, and not weapons of war. 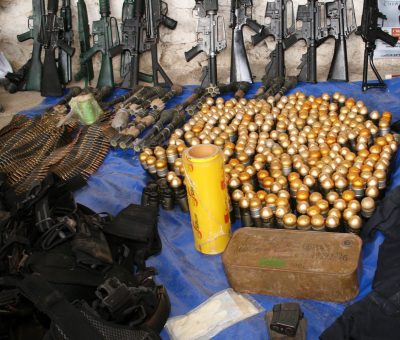 This perspective is important. In the worst of the worst places around the globe − Syria, Rwanda, Somalia − AK-47s are the norm and the corpses are plenty. Civilian AR-15s are nearly never used in homicides in the U.S. (yes, it has happened, but statistically it is so rare you cannot assign statistical accuracy to their use in crimes).

Mexican drug cartels show how this all gets in the way of gun policy.

Drug cartels like AK-47s … a lot. South America is awash in Soviet made AK-47s left over from when the former communist block was exporting their ideology one bullet at a time. I suspect they are as cheap is elsewhere in the world, such as Afghanistan where reports had claimed a functioning military AK-47 can be had for as little as $100.

Herein is the perspective reporters need to obtain. Near zero gun deaths in the U.S. are caused by civilian AR-15s and other so-called “assault weapons”. Most Americans cannot obtain real assault rifles, like Kalashnikov’s AK-47, so they actually count for zero homicides here. Elsewhere, government supplied military firearms do hurt a lot of people, and the people have no opportunity to defend themselves due to civilian gun control laws.

My advice to reporters is to avoid using the phrase “assault weapon” as it is inaccurate. In the global firearms industry the term is non-existent, and the U.S. Department of Defense doesn’t even classify them (or at least did not in the year 2000). It is a legislative phrase to classify any firearm a politician wants to demonize. Even the gun control industry admits to this: in 2004, the Legal Community Against Violence (now the Law Center to Prevent Gun Violence) documented that across eight jurisdictions there were anywhere from 19 to 75 banned firearms, six differing generic classification schemes and several legal systems for banning more firearms without specific legislative action. hence, there is no single definition of “assault weapon” and thus there is no such firearm.

To be accurate, reporters should stick to the indisputable facts and definitions. Do mention if a firearm used in a crime is a handgun, rifle or shotgun. If it ever happens again, feel free to use the phrase “assault rifle”, but be sure it was a full-automatic military-grade weapon, not a civilian model that merely looks like one.