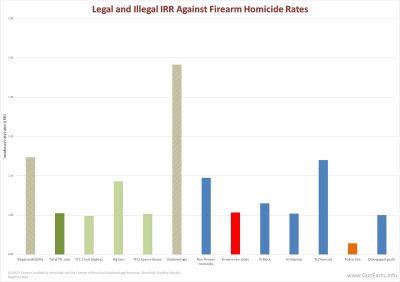 It is not news that “illegal guns” are the bulk of crime guns and that they are endemic in poor, inner-city neighborhoods. But it is good to have another datapoint. Take-Aways Legal availability of firearms is not correlated with firearm homicides. However, illegal firearm availability is. The number of firearm laws is not associated with firearm homicides either. Firearm homicide rates are amplified by economic and social disadvantages and family disruption. The Study and Proxy Paranoia A 2021 study, attempted to gauge legal and illegal firearm availability and measure those against firearm homicides. The authors also examined social factors including family disruption, economic disadvantage, youth disengagement, and more. The study represents an innovative approach to segregating misuse of legally obtained guns and illegally obtained guns.

END_OF_DOCUMENT_TOKEN_TO_BE_REPLACED 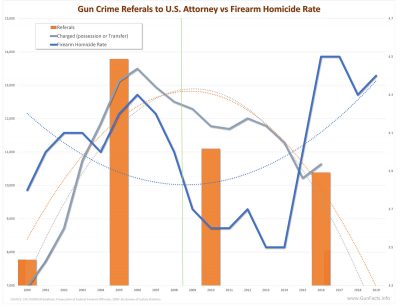 “What is the use of having sentencing guidelines if judges don’t follow them?” This is a common refrain from people of a “law and order” mindset, which included most of America in the early 1990s after the country endured a multi-decade, stratospheric climb in violent crime. To summarize this and related positions, the public believed that “locking up violent predators for extended periods works.” A recent report sheds a little more light on the subject and may well certify the notion. موقع بايير Take-aways: Firearm homicides increase when referrals for federal gun crimes decrease. Likewise, reducing the number of people charged with gun crimes is associated with an increase in firearm homicides. Reducing sentencing for gun crimes is associated with an increase in firearm homicides. This might be via a political shift that led to changes in referring, charging and sentencing for gun crimes and the associated higher penalties. Get-Tough … END_OF_DOCUMENT_TOKEN_TO_BE_REPLACED 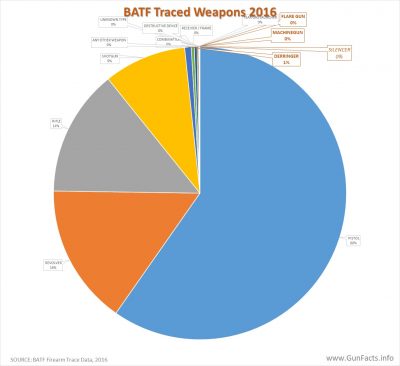 “He had a suppressor? That’s unique.” This was from a Gun Facts fan email during the breaking news cycle of the mass public shooting in Virginia Beach. The point being made was that by his reckoning, firearm suppressors were not often used in mass public shootings (MPSs). Fact is, they are not used in crimes much at all, which makes the desire of some politicos to ban suppressors an amusing example of uninformed policy pontification. Major Takeaways BATF traced 97 suppressors in all of 2016. This is 0.01% of those in circulation. Suppressors are ignored by criminals for the same reasons they rarely use derringers or machineguns. What the BATF Tracked We used 2016 for this review of suppressors for the reason that it is recent, we could get other crime data easily, and it skipped 2017 when there was a mass BATF trace of suppressors recovered in one state, … END_OF_DOCUMENT_TOKEN_TO_BE_REPLACED

The fastest way to destroy a brand is to do the opposite of the brand’s claim. Scientific American’s brand is now hopelessly corrupted by publishing the most unscientific of screeds. A recent piece in Scientific American titled “More Guns Do Not Stop More Crimes, Evidence Shows” is a case study in the anti-science of cherry-picked data. Were I in a more charitable mood, I might assume the author, Melinda Moyer, of merely suffering from acute confirmation bias syndrome. However, the oversights were so vast and so egregious that I cannot bring myself to believe such. Hers was likely not a sloppily written article, but rather adroit agitprop. My initial clue that Scientific American had devolved into a propaganda rag came in the first paragraph that wasn’t literary fluff (the same tired, suicide saturated misstatement about “guns took more than 36,000 U.S. lives …”). The next was when she cited … … END_OF_DOCUMENT_TOKEN_TO_BE_REPLACED 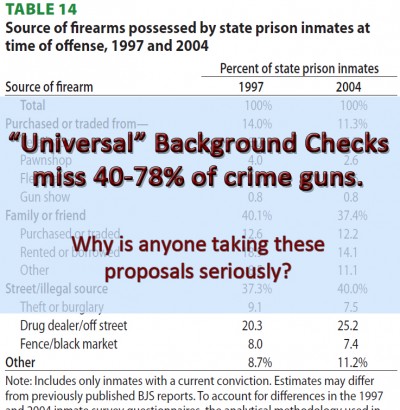 Universal background checks aren’t and cannot be, which makes them a horrible ruse and a social abuse. How “universal” background checks are sold to the public Akin to the now completely discredited “gun show loophole” canard, “universal” background checks are sold as a crime prevention measure. Various gun control groups have made it their current cause because it polls well with voters … until voters are presented with the perspective about guns and violent crime. The idea being sold is that (a) every firearm transaction needs to be approved by the government using (b) a personal background check to assure the buyer isn’t a felon or other prohibited person. This allegedly will (c) reduce violence with guns. The problems, as you will shortly see, are that (1) the solution is nowhere close to being universal, (2) will have no impact on gun violence, (3) is ripe for governmental abuse and … END_OF_DOCUMENT_TOKEN_TO_BE_REPLACED

I love it when ideologues prove the oppositions’ point. Every year the Brady Campaign – the aging gun control group with fading influence – publishes their scorecard of state gun control laws, listing which states have “strong” gun control and those with “weak” ones. Every year it makes me chuckle. The source of the humor is that a simple diagram shows the meaninglessness of their analysis. Every year I plot states by the Brady Campaign ratings against various forms of crime, and every year there is no covarience. None. It is a simple yet savory summary that gun control laws make no difference in crimes of violence. But this year I noticed something I had never noticed before. On the far left of the chart is California, state that the Brady Campaign believes has the strongest gun control laws. It ranks #1 according to Brady. On the right is #50, Arizona, the state with almost … END_OF_DOCUMENT_TOKEN_TO_BE_REPLACED 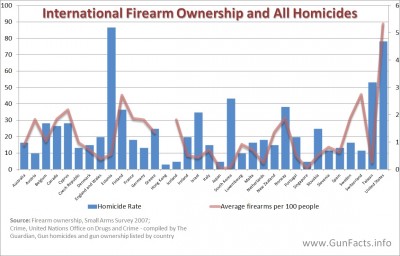 During a CCTV televised discussion, an anti-gun agitator rebutted my statement that the United States had a lower firearm homicide rate than international averages (here is one of my favorite charts that proves the point and shows zero correlation between gun availability and gun homicides). His snarky remark (and I closely paraphrase) was “That’s easy when you compare us to places like Somalia!” Actually, the worst nations don’t report their homicide rates. If they did, the United States would look even better than it does now. His belabored point was that in “industrialized” countries with allegedly civil societies (sans guns), life is oh so much better. Someone should tell all the Swedish rape victims. But his challenge required some investigation. Here is what we can see from international data, which incidentally is not always of great quality or cross-border compatibility (click any chart to enlarge it).   Firearm Homicides: The United … END_OF_DOCUMENT_TOKEN_TO_BE_REPLACED