It is no secret that most gun violence occurs in America’s big cities (in part because big city mayors, who don’t give a damn about the poor, who are most affected by violent crime). What is interesting though is how bad these places are and how disproportionately they contribute to American gun homicides. It is, after all, the big cities where street gangs thrive and to where criminal devolve.

Here are the mind numbing numbers:

Thus, making 20 cities disappear would lower the lower the national homicide rate to 4.0, or 15%. 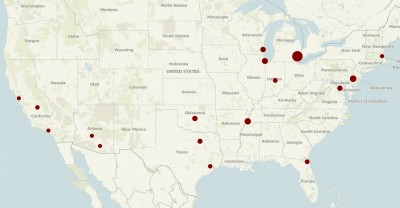 So can we send these cities to Syria? 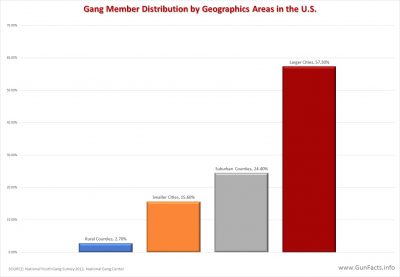 Having finally found the time to locate and process American gang data, we can see how this is a Big City problem given the distribution of gang members by geographic area types.

Large metro areas have 57% of the gang members. مراهنات كرة القدم Interestingly, and not coincidentally, according to the FBI’s data for 2014, 7.2% of all homicides result in just two of America’s 3,007 counties (0.1% of counties). Those counties are Los Angeles, California (home of the original Gangster Paradise) and Cook County, Illinois (home of Chicago). 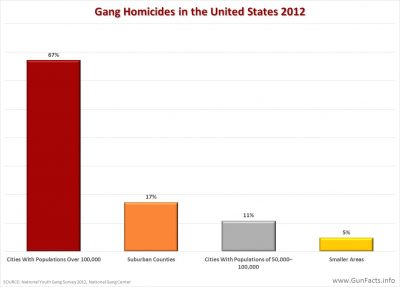 Now for one last interesting twist, which will come as a surprise to nobody. Gangs in America’s big cities are more violent than elsewhere. So, even though big cities have 57% of the gang members, they have 67% of the gang murders. اون لاين جيمز Criminologists and sociologists have numerous explanations for this, but the fact is big city mayors don’t care about the plight of poor people in their towns, and so government won’t resolve the problem. الشيش لعبه